Sylvio Tabet has directed, produced and edited over 400 commercials for most of the major companies around the world including General Motors, Bristol Meyers, Bayer, Gillette, Nestle and Proctor & Gamble. He has won numerous awards for his commercial work. In addition to commercials, he has also produced several French films such as “Bilitis,” “Le Pion,” “Vas-y-Maman,” “Liberte, Egalite, Choucroute,” “Le Toubib” and “Cours après moi que je t’attrape.”

In the early 1980’s, Mr. Tabet started producing for American audiences and his credits include “Fade to Black,,” “Evilspeak,” “Cotton Club,” “Dead Ringers,” “Defiance,” “Freedom Road” and “Beastmaster.” It was during this time that he became the co-founder of “Neue Constantin Film” which is the largest distribution company in Germany.

Mr. Tabet created the movie trilogy “Beastmaster I, II, III” and directed “Beastmaster II.” The “Beastmaster” films were so popular that they spawned a television series of the same name. Mr. Tabet was the executive Producer of 66 episodes of “Beastmaster.” The show is still running currently and was nominated for 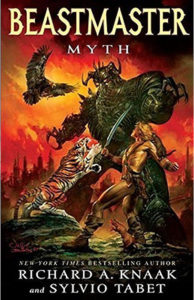 Mr. Tabet produced and illustrated the book “A Journey to Shanti,” a spiritual experience and the teachings of “Sri Sathya Sai Baba, A Journey to Shanti” is a meditation on human values and the meaning of life. The book was blessed by the Dalai Lama.

He wrote “Repititions,” a book of poems, co-wrote “Tara, Queen of the Touargang,” and “Beastmaster: The Myth,” which was published in December 2009 by Simon and Schuster.